Inner Terrestrials also referred to as iT! are a punk band from South London England. Originally formed by Jay Terrestrial and Fran Webber their first gig was in February 1994. Their music is a mix of punk dub ska and a touch of folk with lyrics that are more often than not aggressively political and cover subjects such as anarchism animal rights land ownership the class system war and many other subjects. Completely anti-establishment they prefer to deal only with underground and DIY distributors distros and collectives and as such became legendary according to Peppermint Iguana The Bolton News and The South Wales Evening Post in the underground punk and squatter scene in the UK and across Europe.

guns of brixton · off with their heads · war live · 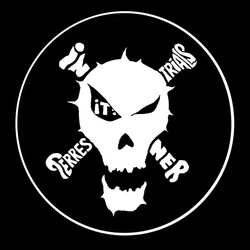 barry horne · name of the father ·