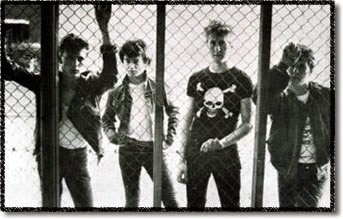 Anti-Pasti are a British punk rock band founded in 1978

England, 1978 the Punk Rock explosion had enveloped the country. In Derby, anti-pasti arose from the ashes of several other well-meaning but otherwise non-committed early punk bands. Martin Roper vocals, Dougie Bell guitar, Stu Winfield bass and Stan Smith on drums gigged around the Midlands, utilising a network of bands from other cities who all came together at shows by established artists, including UK Subs who the later line up of anti-pasti toured with and The Clash. An early release by the band on their own Dose label was the now much sought after Four Sore Points EP on clear vinyl which included the standout track No Government, later voted 3rd in a poll of all time punk classics by readers of Sounds magazine.Surprisingly, the line-up changed with Kevin Nixon and Will Hoon replacing Smith and Winfield on drums and bass respectively. The fourpiece began to carve a reputation for riotous live performances and quickly became the people’s band, ably supported by the growing army of followers fondly nicknamed `The Pasti Heads’, some of which still follow the band to this day.None of this had gone unnoticed by executives of Rondolet Records, who signed the band up and speedily released the single Let them Free. This was closely followed by Six Guns and the album The Last Call which reached thirty-one in the National Music Chart and topped the Independent version for a full six months. In between recording sessions anti-pasti had been touring the length of the country and became an integral part of the now legendary Apocalypse Now Tour. America, Europe and the UK again beckoned, and were toured at length until Rondolet required a second LP.It was at this time anti-pasti decided on a new direction, firstly to display a now more musical dexterity and secondly to move away from the politically right wing movement which had manifested itself in some audiences. A second guitarist, Ollie Hoon was enlisted to augment the more mature sound and an ill-prepared five piece outfit went into the recording studio. Two singles, East To The West and Caution In The Wind, together with the album of the same name, came out of these sessions but never realised their potential fully. Both singles were coupled with outstanding B-sides in Burn in Your Own Flames and Last Train to Nowhere, immediately becoming firm favourites with fans and eclipsing their respective A-sides. Meanwhile, an unimpressed Roper became preoccupied eventually being asked to leave in early 1984, whilst the remaining four members embarked on another European jaunt with Bell assuming vocal duties.It all went quiet on the anti-pasti front until 1995 when a reformation was announced, coinciding with several album re-issues on CD for the first time. Although a somewhat short-lived reunion, the band performed in London twice, joint headlining the Fuck Reading Festival and also in selected other European cities including Antwerp, Amsterdam and Berlin.2012 arrived with an offer to play the much celebrated Rebellion Festival and Roper plus Nixon and Ollie Hoon joined together again, this time without the involvement of Will Hoon and Dougie Bell inviting Ben Hanson to take up bass duties. Hanson brought his own brand of musicality to the instrument, complemented by anthemic song writing skills, displayed clearly in I See Red. Hoon and Nixon retaliated with Viva Che, and a new dynamic was born.After the huge success of Rebellion, the venture began to flourish, with a UK tour and selected European dates going down a storm. A demo was recorded and the proposal of making an album was broached. All four members decided to go with the idea and the song writing triumvirate of Hoon-Nixon-Hanson got to work presenting Roper with a further ten new numbers. Lies Lies Lies and Time to Hate are taken from this batch and had been played live, but before the recording process began the vocalist left the band to pursue other interests.The remaining three musicians were left with a dilemma. A ten date American tour was cancelled as were high profile UK dates, but with an album’s worth of material written (given a working title of We See Red) the people’s band went to the people for inspiration. The people (THAT’S YOU READING THIS) decided that anti-pasti should continue, and so the position of vocalist was put out to tenure. From the many hopefuls that expressed an interest only one man fitted the bill; only one man was offered the opportunity and cometh the hour, cometh the man. That man...the artist formerly known as James Patrick Geraghty.The new look band performed at festivals across Europe, toured Germany and recorded the long awaited third album RISE UP which was released by Westworld Recordings to universal acclaim.A week before the album launch the band parted company with the latest vocalist forcing the cancellation of some high profile UK dates. Martin Roper offered his services to fulfil commitments in Belgium and Paris but then disaster struck when drummer Kevin Nixon underwent hand surgery, again forcing the band to withdraw from the live circuit. During this period Roper quietly retired once more. anti-pasti pulled a master stroke, recruiting Glynn Barber of Chron Gen temporarily into the vacant vocalist’s role debuting in August 2017 at Rebellion Punk music Festival to fantastic reviews. This line-up continued to perform at home and abroad for almost a year until Micky Bones brief tenure as front man in June 2018.The band quietly evolved into a trio over the winter months, returning with a new delivery and a handful of more ferocious songs.The band are now stable, writing a new album and ready for shows at home and abroad. 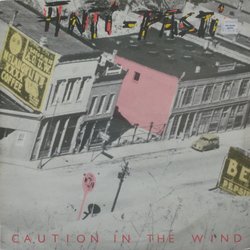 caution in the wind 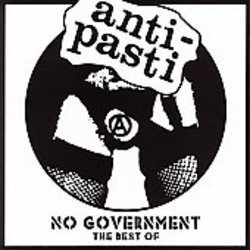 no government best of 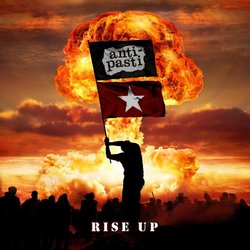 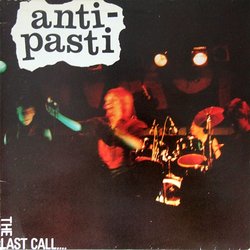