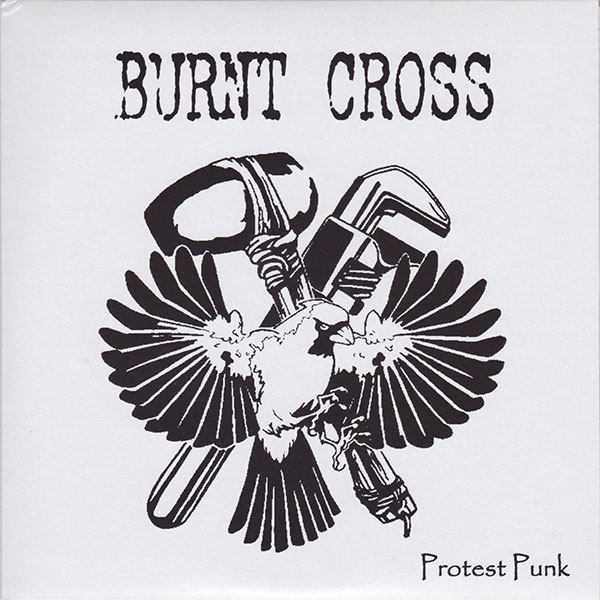 Burnt Cross is an anarcho punk recording project which came together in Brighton, UK and is made up of twin brothers Rob Marriott and Paul Marriott. Though formed in January 2007 the brothers are no strangers to playing punk rock and have performed in bands together as far back as kids fifteen years ago. The first album ‘Carcass Of Humanity’ was released through Pumpkin Records in 2007 as a 10 track CD and later as an LP version through Tadpole Records (recently re-released on to red vinyl). So far they have also co-released ten 7” EP's with over 20 international record labels. (as of May 2014). The second CD was a split with Scottish punk band A.U.K and was entitled “Earth Dies Screaming, the third CD/LP 'Mankind's Obituary' was released in late 2011 with the vinyl issued early 2012. All music is recorded in Rob’s bedroom using an 8-track and the band are influenced by the 80’s Anarcho punk sound like such bands as Existance, Flux of Pink Indians, Crass etc. A free download of Carcass of Humanity and Earth Dies Screaming is available from http://www.moshpittragedy.com/