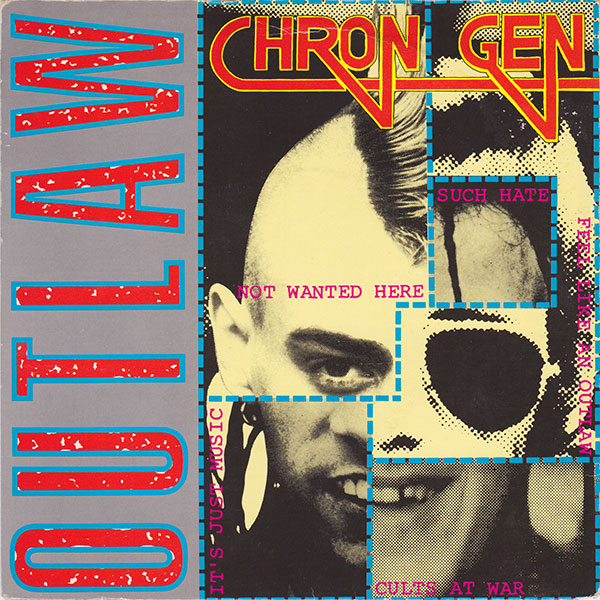 Chron Gen (name derives from [Chron]ic [Gen]eration) is a punk band from Hertfordshire, UK, formed in 1977.

Chron Gen (name derives from [Chron]ic [Gen]eration) is a punk band from Hertfordshire, UK, formed in 1977. Their first line up was: Glynn Barber on vocals, John Johnson on drums, Jon Thurlow on guitar and Pete Dimmock on bass. Band releases their self financed debut EP "Puppets Of War" in 1981 in 1.000 copies on their own label [l=Gargoyle Records (4)] and subsequently "Reality" single on [l=Step-Forward Records]. Their first album "Chronic Generation" comes in 1982 by [l=Secret Records (8)]. After that release, Mark ‘Floyd’ Alison replaced Jon Thurlow on the guitar and after a tour and the "Outlaw" single again by [l=Secret Records (8)] in 1982, Pete Dimmock leaves the band and was replaced by Roy Horner on bass. After the live album "Live At The Old Waldorf - San Francisco" and the "Nowhere To Run" mini album, band splits up in 1984. Post their split, they reformed to play occasional reunion shows. Mark ‘Floyd’ Alison died on 31 October 1999 and Pete Dimmock died on the 12th August 2011. Surviving members of Chron Gen have reformed again for the Blackpool Rebellion Festival 2013 with Ferasier (ex Billy Hunts) on rhythm guitar. In 2016 they released a new album after 28 years on [l=Westworld Recordings], entitled "This Is The Age".