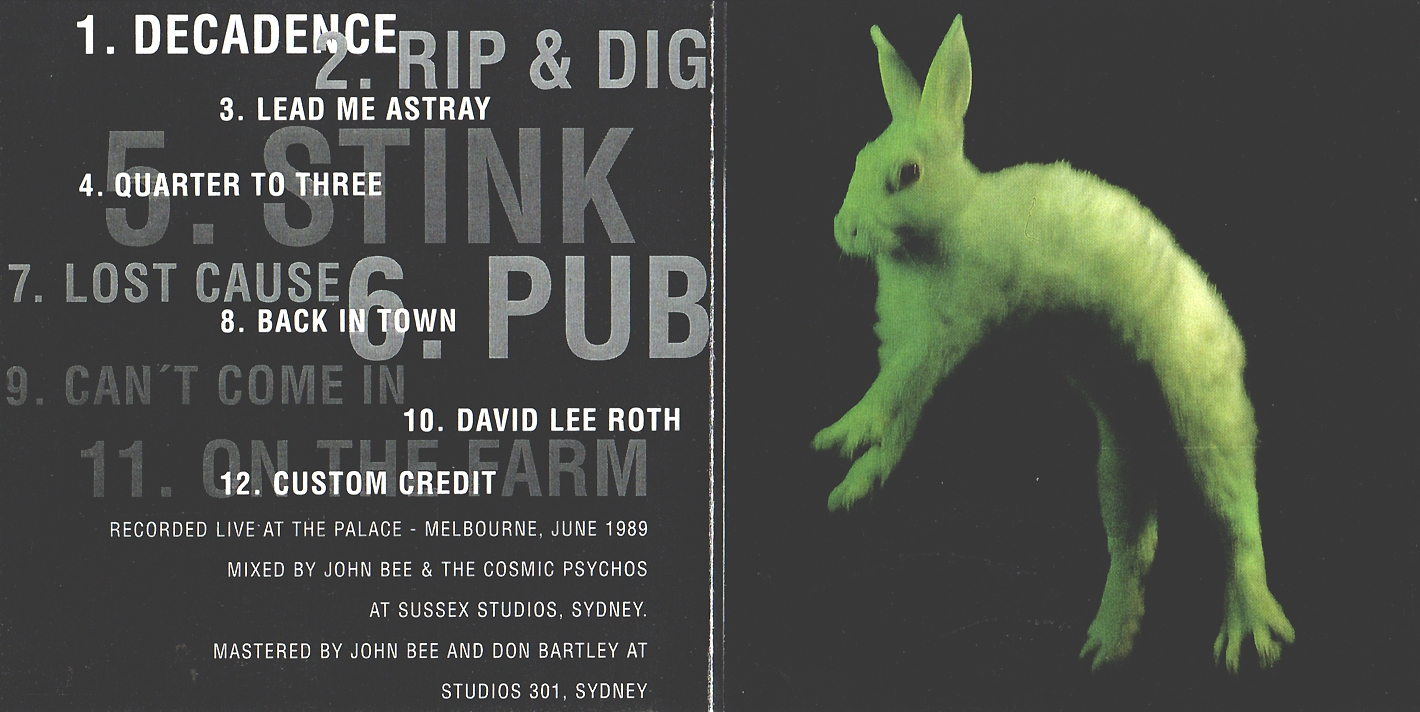 Australian punk trio which was formed in the mid 80s

Australian punk trio which was formed in the mid 80s. Originally, Bill Walsh and Peter Jones were playing in the band called Spring Plains, which broke up in 1985. That same year they invited Ross Knight to join the group and thus Cosmic Psychos were born. Robbie Watts replaced Peter Jones after the recording of the live, "Slave To The Crave" album in 1990. After a long hiatus, at the end of 2005, the Psychos went to the studio to record the new album "Off ya Cruet!" with a new drummer Dean Muller that replaced Bill Walsh. After the shock about the tragic loss of Robbie Watts, it was an option to drop the brand "Cosmic Psychos", but Ross was overwhelmed by the grief and support of the fans, so he decided, with full support of Robbie's kids: "There's more beer to be drunk!" John Onya (from the Onyas) was chosen as the one to play the guitar as he has already been friend of the band for quite some time. 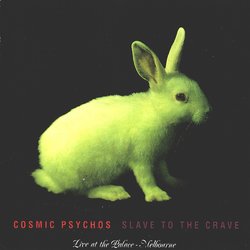 slave to the grave