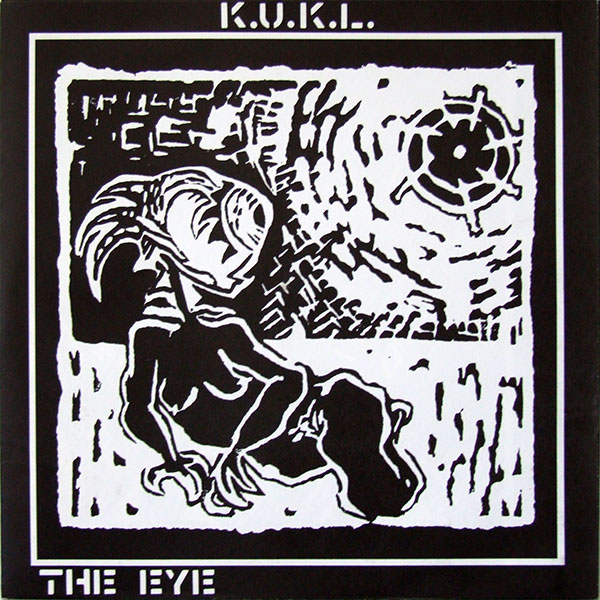 consisting of: - Einar Örn Benediktsson : vocals + trumpet - Björk Guðmundsdottir (aka [a1373]) : vocals + woodwind - Guðlaugur "Gulli" "Gud Krist" Kristinn Ottarsson : electric guitar - Birger Morgensen : electric bass - Einar Melax : keyboard - Sigtryggur "Siggi" Baldursson : drums Originally the group was a project based on an idea by among others Asmundur Jonsson from [l=Gramm] in Reykjavik. They debuted live in Icelandic radio and played at a [i]We Demand a Future[/i] festival in Reykjavik 9/20/83 before [a=Crass]. Later they played with [a=Psychic TV] and in England with [a=Flux of Pink Indians] and others. Their debut album was recorded in London in January '84. Later the same year they played at concerts in several European countries. In June '85 at the Danish [i]Roskilde Festival[/i] and later the same year at concerts in Iceland they played with Megas, the "grand old man" of Icelandic rock. Kukl's music is complex and rhythmic, and a mixture of punk, rock, jazz, and more experimental music, with the lyrics sometimes in English, and sometimes in Icelandic. A powerful and personal band combining qualities from three important groups in Icelandic rock from the beginning of the eighties. In 1986, Kukl split, and the core of the band went on to form The Sugarcubes.