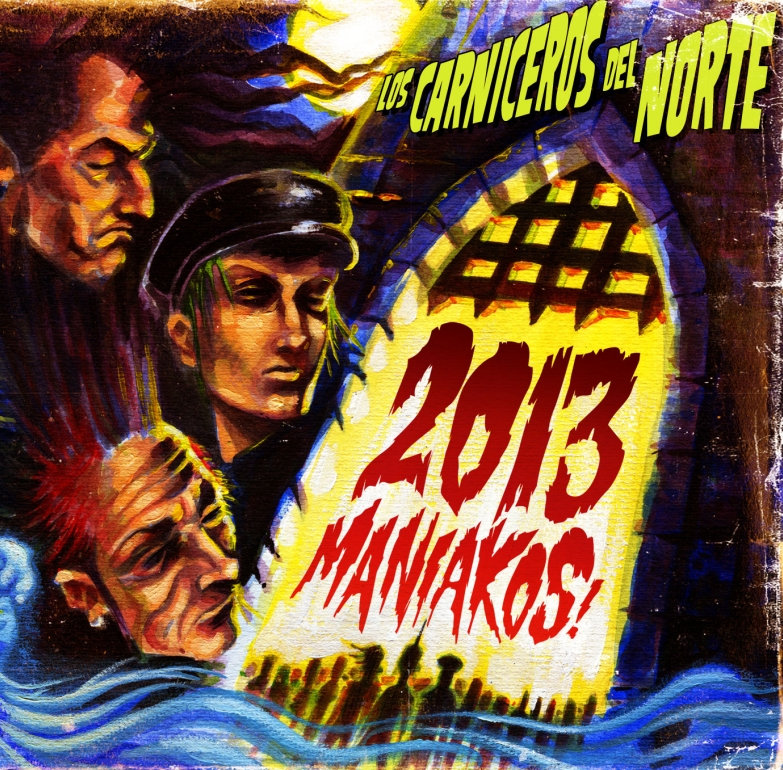 from the north of Spain. The concept of the band is to make songs about horror movies, with musical influences like Parálisis Permanente, Dead Kennedys, Lords of the New Church, Bauhaus, The Damned… The band started at the end of 2006, in a meeting between Txarly Usher, Nando Fausto and H. Zombie. The idea was to make an album with 13 songs, and 13 gigs. But an unexpected success makes the band continue in its mission, and since then, they have released four LP’s and another four EP’s, in diferent record labels like Working Class Records and GOR Diskak (Spain), Bambam Records (Mexico)… Los Carniceros del Norte has been touring all around Europe: Germany, France, Italy, Sweden, Portugal, Czech Republic, United Kingdom… playing at the most important festivals and clubs of the genre: Wave Gotik Treffen, Drop Dead Festival, Gothic Pogo Festival, Dead and Buried… besides visits to Mexico, USA and Brazil, to play at the most important Goth festival in South America, Woodgothic Festival. They have shared stage with bands like Christ Vs. Warhol, Madre del Vizio, G.B.H., Rubella Ballet, Sex Gang Children, UK Decay, Charles de Goal, Joy Disaster, Gitane Demone, Eva O., Cinema Strange, Frustration, Lene Lovich… and currently in the three band tour project called La Santísima Trinidad with Eyaculación Postmortem and Kante Pinrélico. “It’s exactly the kind of flamboyant blast the deathrock crowd has been waiting for, and as Los Carniceros Del Norte crash and burn to a finish they’re cheered to the rafters. There’s a certain sense in the air that this is what Drop Dead should be about - the classic punker rush that you just can’t conjure out of a laptop.” - Nemesis To Go (UK) “Endless filthy fun” - Mick Mercer (UK) 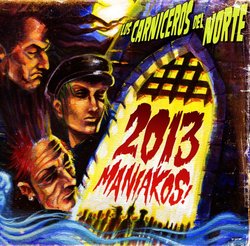