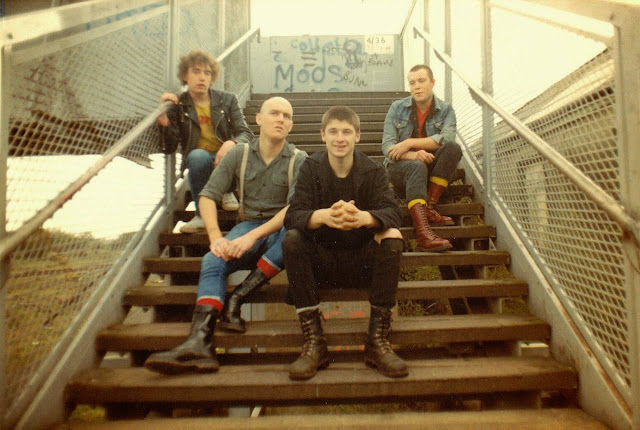 Riot Squad were an English second-wave punk rock band from Mansfield, England, initially active between 1981 and 1984.

Riot Squad formed in 1981, with an initial line-up of Duncan 'Dunk' Mason (vocals), Nigel 'Nello' Nelson (guitar), and Paul 'Pommi' Palmer (drums), Nelson the only one of the three with any musical experience. They were inspired by a John Peel documentary which discussed how Desperate Bicycles took a DIY approach and decided that they could do the same.[1] Two weeks after forming the band, they played their first gig at the King Of Diamonds pub in the mining village of Shirebrook, Derbyshire Langwith Junction, followed a few weeks later by a gig at a local Working Mens Club, which had to be interrupted halfway through to allow the audience to play bingo. Wayne Butler saw the band perform that night and offered to join as the band's bass player. The band began playing further afield and with money borrowed from Dunk's father recorded their first demo, Religion Doesn't Mean a Thing in a basement studio in Mansfield. Dunk set up Rot Records, initially as a cassette-only label, and sold the demo at shows and via mail order to try to recoup the recording costs, eventually selling 1,500 copies. On the strength of the demo, the band were signed to Rondelet Records, who issued the band's first single, 'Fuck The Tories', which reached number 23 on the UK Indie Chart in August 1982, and reached the top 100 of the UK Singles Chart.Nello was replaced by 'Staz', and Rondelet re-issued the band's Religion... demo as their second EP. After a UK tour, Staz left the band, with Butler moving to guitar, and 'Chedd' recruited on bass. The Rondelet label folded, prompting Dunk to turn Rot into a proper label, releasing the next three Riot Squad singles, although he stepped down as singer, being replaced briefly by Rick Williams and then Butler's brother Lee. In early 1984, the band released 'There Ain't No Solution', but musical differences within the band would cause them to split that year. Dunk compiled the Rot singles and a few unreleased tracks on the No Potential Threat album, which reached number 13 on the indie chart. 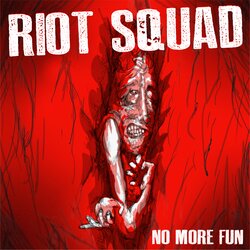 anything of all we had inside · before death starts looking in your eyes · burden · defend your clan · i want my youth back · just money, just violence · no more fun · outro (feat. lou drusian, methedrine) · special secret show · the others · we can only rip out the time · we will be kissed by the light · well done · woe to you · 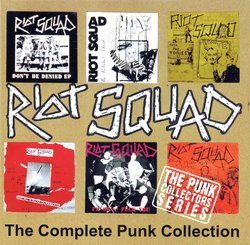 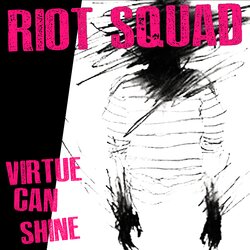