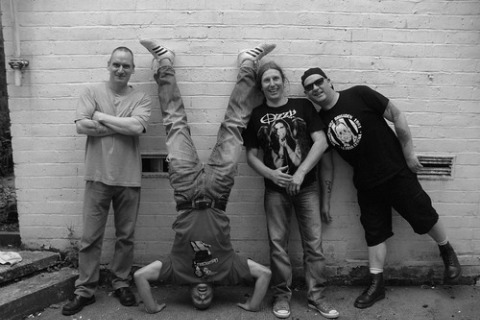 Dundonian band The Cundeez have a fast, thrashing, unique sound, straight out of the punk tradition, but with pipes and kilts for good measure. They make a lot of interesting social comments through their songs, based partly on their own experiences growing up in the council estates of Dundee and elsewhere. The Cundeez lineup consists of lead singer, piper and song-writer Gary Robertson, Stevie Cundee on bass, Trotsky Cundee on guitars and Tez the Cockney Cundee on drums. Another outstanding feature of the Cundeez is their use of the Dundonian dialect of Scots, interwoven in their songs, used to clever, humorous and skilful effect (where else could you get ‘Murder on the Oary Express’?) and integral to the band’s Dundee-based identity. The name Cundeez is taken from the Scots word cundie – meaning a drain - which comes originally from the French word conduit. Another word closely associated with the Cundeez is oary, a version of orra(e), which in English translates variously as ‘uncommon, unmatched, spare, or even odd’, hence the Cundeez ‘Oary Rock’! (Viewers and listeners in the North East can tune into orra, as in orra loun). The Cundeez repertoire includes ‘Skeem Life’, ‘Yir Talkin Shite’ (a comment on politics and the state of the world), ‘Gangs o Dundee’, ‘Ehm aff it!’, ‘Oary Tull Eh Deh’ and ‘Lend wiz yir lugz’. The band also produced ‘Coloured Ribbons and Tarnished Brass’ (in memory of Gary Robertson’s two grandfathers who fought in WWII) from which all the proceeds went to Troops Relief. 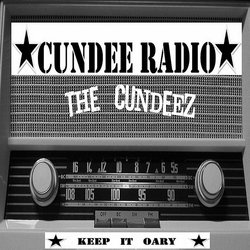 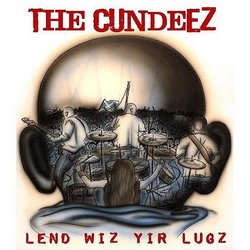 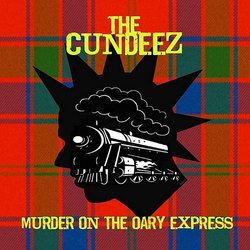 murder on the oary express 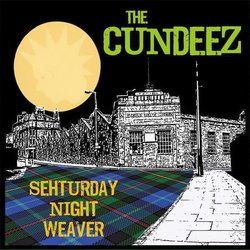