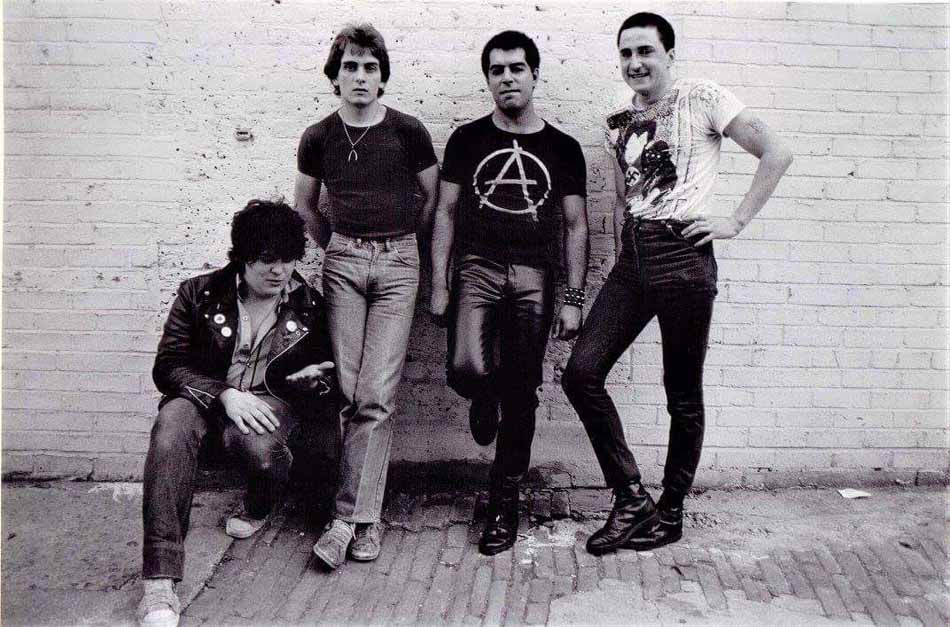 These guys from Islington, London were one of those numerous bands which bridged the gap between the primeval 1977 sound and the nastier strains of hardcore. The Dark were similar-sounding to The Wall, another band with whom they shared a highly political outlook and a baffling unfashionableness. Although a bit po-faced, The Dark invested their songs with incipient melody and interesting guitar motifs, and thoughtfully avoided the mindless rage typical of the time, addressing typical concerns -machismo, war, boredom- with subtlety and intelligence. They were an excellent band which deserves to be better known. They formed in late 1978 as a quartet comprising John Flannagan -vocals-, Billy O'Neil -guitar-, Phil Langham -bass- and Jim Kane -drums-. This original lineup played just two gigs, the first supporting The Gentry, and recorded a demo in order to get a record deal. In early 1979 the group was expanded to a quintet when a chap who called himself Andy Riff joined on guitar. Riff had played in The Rottin Klitz, a totally obscure and unrecorded punk band. They played a grand total of eight gigs between July and October 1978, five of them with Menace as headliners and alongside such notables as Raped, UK Subs, Acme Sewage Co, Transmitters and Eater. The Klitz lineup consisted of Candy and Billy Bollocks -vocals-, Riff -guitar-, Slats -bass- and Kit -drums-. The demise of the Klitz in late '78 overlapped with the formation of Riff and Kit's next band Suspects, which managed played just four gigs, the first -in February 1979- with support from The Dark and T-X-1, two supporting The Wall, and their final one -in September 1979- as headliners at Clerkenwell Youth Club, Islington, on a triple bill featuring Effect and Vomits. The rest of The Suspects were Little Johnny -vocals- and Riff's brother Little Bob -bass-. Riff actually joined The Dark before he officially left The Suspects 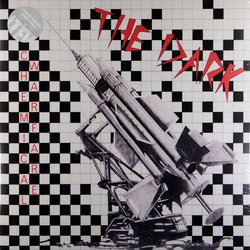 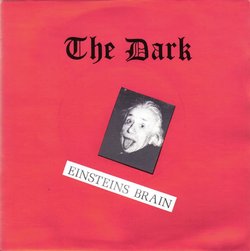 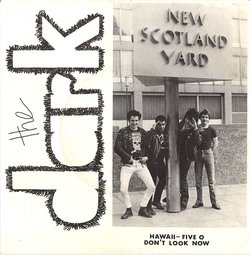 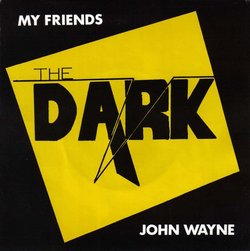 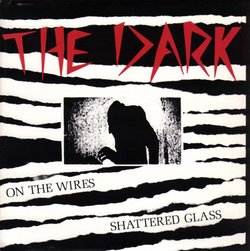 on the wires · shattered glass ·

the best of the dark 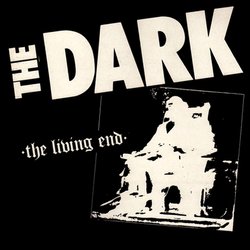 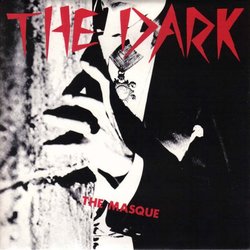