The Pain was the toughest, coolest and the most rowdy of the early swedish bands within the punk movement.

The band, which came from Nacka, was born when Staffan and Håkan Uppgren came to a punk gala in France during their train trip, late summer 76. The band didn't get started until about six months later when they got a rehearsal place. Even though the band never played outside of Stockholm, they soon became famous throughout Sweden. After an EP and a single and three different guitarists the band imploded in fall of 1979 into a black hole filled with leather, studs, hydrogen peroxide and Beyaz wine. Hocky went on to play with the groups Chatterbox and La Crosse aswell as in Stabbers (together with Stejmo). Staffan started B-films and Janne Andersson continued to play with Ulf Lundell and also with his band JAPOP. Janne Oldaeus continued with the bands Rost and The Mosquitos aswell as a backing musician in Jerry Williams band. 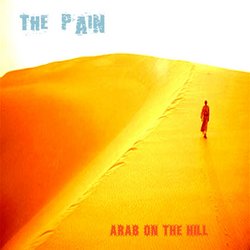 arab on the hill 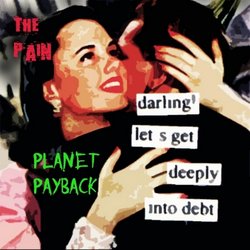 songs from the soil

being you keep on · dont wanna · guns in the gobi feat. rev porl · i fell in love with a suicide bomber · michael part · michael row your boat ashore · no mans land · planet payback · press back up to return · thank god · town drunks and ragged old punks · up the clump ·